It’s not surprising that writers from (or on) all eras of California’s history are included in Paperback L.A. A Casual Anthology, Books 1, 2 and 3. But it is a bit amazing and fun to note how there’s recent news connected to so many time periods this past month or so.

Most recently and most importantly, Governor Gavin Newsom offered a formal apology and established a truth and healing council for the California Indian Genocide, which was facilitated, condoned and supported by the state and local governments. His apology and the establishment of a truth and healing council came almost a month after UCLA historian Benjamin Madley’s Op-Ed in the L.A. Times, challenging government officials to acknowledge the historic facts– and to deal with the issues arising from that acknowledgement.

We are fortunate to have in Paperback L.A. Book 2 a generous excerpt from the first chapter of Madley’s 2016 book An American Genocide: The United State and the California Indian Catastrophe, 1846-1873, winner of the L.A. Times Book Award for History and the California Book Award Gold Medal for Californiana, among others.

As we were in final stages of production on Paperback L.A. Book  3, novelist Lisa See

was making her way around the country to bookstores, libraries, bookclubs and book festivals, for signings, talks, and  teas on an author tour for her new novel Island of the Sea Women. Nevertheless she squeezed in some hours to read  proofs of an excerpt from On Gold Mountain: The One-Hundred-Year Odyssey of My Chinese-American Family, her first book, for Paperback L.A. Months later, she’s still on the road, heading up to Santa Barbara in June to receive the Ross MacDonald Literary Award, even as Sea Women headed into its sixteenth week on the L.A. Times bestseller list.

Heart , is a cornerstone of Paperback L.A. Book 1, describing as it does an unforgettable first day in L.A. ever. So we’ve been following the controversy around Penguin Classics  announcement that it was expanding its representation of Asian American titles by reprinting Bulosan’s book and three other books,  The Hanging on Union Square: An American Epic (1935) by  H.T. Tsiang, East Goes West: The Making of an Oriental Yankee (1937) by Younghill Kang, and No-No Boy (1957) by John Okada.

The good news has been undermined the mega-publishing group’s failure to honor Okada’s family copyright (so far) and social media conversations note that the books are all currently available from University of Washington Press or Kaya Press. Vince Schleitwiler delves into the story of a group of Asian American writers in the 70s who made it a mission to find and “resurrect” out-of-print books by earlier generations of API authors. Vince Schleitwiler offers rich context and reaction quotes, including from poet Kenji Liu who wrote on Twitter, “Penguin is a literary gentrifier.” 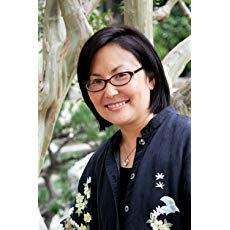 Best of all, he follows up with interviews with API writers including Paperback L.A. Book 2 contributor Naomi Hirahara asking for recommendations of neglected titles. 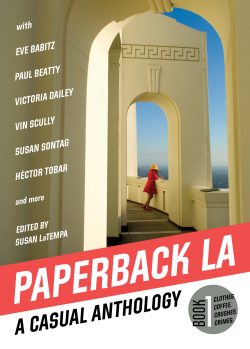