Our Paperback L.A. Book 1 contributors hail from many eras of L.A. literary life and write from many different vantage points. They’re all in good company.

EVE BABITZ is the author of four novels, including Eve’s Hollywood, L.A. Woman, Sex and Rage: Advice to Young Ladies Eager for a Good Time, a book of short stories, and two books of nonfiction that chronicle some of her cultural enthusiasms. She has contributed articles, essays, and short stories to such magazines as L.A. Style, Rolling Stone, Vogue, Cosmopolitan, Esquire, Westways, and Newsweek.

PAUL BEATTY, L.A.-born author of The Sellout, is the first American writer to receive the Man Booker Prize, which he did for that novel. He also received the National Book Critics Circle Award for fiction in 2016 and was the Grand Poetry Slam Champion in 1990. He has written three other novels, White Boy Shuffle, Tuff, and Slumberland, and edited Hokum, an anthology of African-American humor. Beatty is currently a professor at Columbia University. 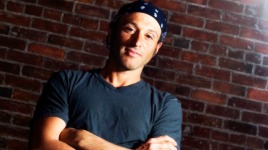 DAN BERN is a singer-songwriter who tours frequently and has released eighteen albums. He collaborated with Emmylou Harris on a duet for his album “Drifter” and on another for a off-Broadway production directed by Jonathan Demme. He has written songs for movies and television and wrote a song with Hunter S. Thompson. His album Breathe won 2007 Best Folk/Singer-Songwriter at the Sixth Annual Independent Music Awards.

ARNA BONTEMPS was the Harlem Renaissance writer best known for his novel God Sends Sunday, published in 1931 and adapted by him and the poet Countee Cullen into the play “St. Louis Woman,”  later turned into a musical. Born in 1902 in Louisiana, he moved with his family to Los Angeles when he was three and was educated in California before taking a job teaching in New York. Bontemps wrote works of historical fiction about slave revolts as well as histories for young readers, and he published several anthologies of Black poetry and folklore.

CARLOS BULOSAN was one of thousands of Pilipino Americans who fled deprivation created by colonization only to face extreme poverty in America. He arrived as a teenager in 1930 and survived hunger, homelessness, racial violence, tuberculosis, and intolerable working conditions in canneries and fields. He became a labor organizer and published poetry and fiction. Bulosan was best known for his 1943 essay for Saturday Evening Post on hunger, part of a series based on FDR’s “Four Freedoms” speech.

CECIL CASTELLUCCI was an indie rocker in Canada and L.A. in the 1990s. Now she divides her time as a self-described “authoress” between writing graphic novels (DC Comics’s Shade, the Changing Girl; The P.L.A.I.N. Janes) and YA novels (Boy Proof, The Queen of Cool, Tin Star, Moving Target: A Princess Leia Adventure). She hosts the monthly Teen Author Reading Series at the LAPL Central Library and is YA editor for Los Angeles Review of Books. Her awards include the California Book Award Gold Medal for Grandma’s Gloves and the Sunburst Award for Tin Star. 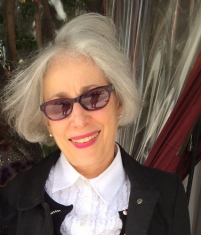 VICTORIA DAILEY is a writer, curator, antiquarian bookseller, and lecturer. The co-author of L.A’.s Early Moderns: Art, Architecture, Photography and a contributor to Songs in the Key of Los Angeles: Sheet Music from the Collection of the Los Angeles Public Library, Dailey contributes humor and essays to The New Yorker and L.A. Review of Books. Her recent exhibitions include Tea & Morphine: Women in Paris 1880–1914 (Hammer Museum, 2014) and Piety & Perversity: The Palms of Los Angeles (William Andrews Clark Memorial Library, 2015). She has also published such books as the 1996 limited edition of Wasp, a one-act play by Steve Martin, illustrated by Martin Mull. 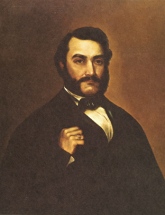 WILLIAM HEATH DAVIS wrote a memoir in 1889 looking back on his early years in California from a position of wealth and
achievement. Born in Hawaii and part Hawaiian,
he visited California in the early 1830s, settled there in 1838, and married Maria de Jesus Estudillo, daughter of the San Leandro land grantee, which connected him to Californio society. His business, political, and social activities carried Davis up and down the state, and he is known for being both a founder of San Diego’s New Town and a San Francisco city councilman. 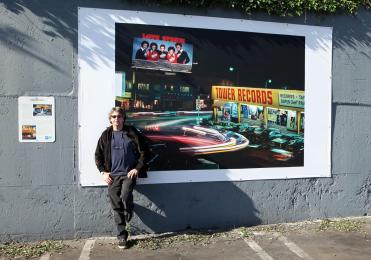 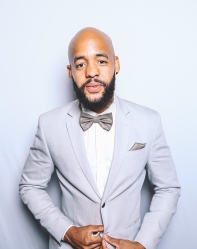 JUSTIN ANDREW MARKS is an L.A.-based scholar, activist, and artist dedicated to challenging and dismantling systems of oppression to set in place societal transformation and the liberation of Black people. He helped incubate the Brothers, Sons, Selves Coalition of ten grassroots LA organizations; has been in service in California and Kampala, Uganda, with the Prison Education Program; mobilized system-involved youth to pass the Safe Neighborhoods & Schools Act in California; and led workshops for parents, youth, and staff. His photographic style is inspired by the montages in films from his favorite cinematographer, Ernest Dickerson. 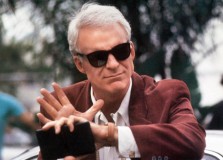 STEVE MARTIN, the hyphenate’s hyphenate, is an award-winning banjo player whose literary works include novels, plays, screenplays, essay collections, and tweets. Angelenos of the right era saw him onstage as a comedian before he made it to “The Tonight Show.”

HUGO REID was a Scot who settled in Los Angeles in the early nineteenth century. A naturalized Mexican citizen who spoke Spanish and English and was known by his Mexican name, Don Perfecto, he was married to Victoria Bartolomea, a Gabrielino/Tongva woman. They were the first private owners of Rancho Santa Anita. Reid is known for his letters about local indigenous people to L.A.’s first newspaper, the Los Angeles Star (La Estrella de Los Angeles), some of which have recently become more easily accessible in their original form.

VIN SCULLY began as a broadcaster with the Dodgers in 1950 before the team moved to L.A., but Dodger Stadium is the place that resounds with his voice, and fans are still pining for it on their car radios. Not all of the nearly 10,000 Dodger games he called before his 2016 retirement were recorded. The ninth inning (not the whole game) of Sandy Koufax’s perfect game, however, was captured and made into a phonograph record that was sold as a souvenir at the stadium.

CLANCY SIGAL, as he would  write about in his book, A Woman of Uncertain Character: The Amorous and Radical Adventures of My Mother Jennie (Who Always Wanted to Be a Respectable Jewish Mom) by Her Bastard Son, was born to union organizers in Chicago. He lived in Los Angeles in the 1950s and again from 1984 until his death in 2017. His biography is stuffed with famous names and historic moments, and it’s quite a tale. A prolific writer of books, journalism, and screenplays, Sigal was a journalism professor at USC. His best-known book, Going Away, was nominated for a National Book Award, and he received the Lifetime Achievement Award from PEN USA in 2007. 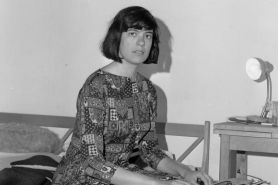 SUSAN SONTAG was one of America’s most influential public intellectuals in the latter half of the twentieth century and an LGBTQ and feminist icon. Best known for her book-length essays (including On Photography, On Camp, Against Interpretation, and Illness as Metaphor) and her articles on war, photography and media, AIDS, and illness, she also published four novels and wrote and directed films and plays. Sontag attended high school in Los Angeles.

HÉCTOR TOBAR, the son of Guatemalan immigrants, is an L.A. native and a professor of journalism at the University of Oregon. He writes for The New Yorker, The New York Times, and other publications and was for many years a writer for the Los Angeles Times, for which he was part of the 1992 reporting team that won a Pulitzer Prize for coverage of the city’s civil unrest. Tobar is the author of two works of fiction, The Barbarian Nurseries and The Tattooed Soldier, and two nonfiction titles, Deep Down Dark: The Untold Stories of 33 Men Buried in a Chilean Mine and the Miracle That Set Them Free and Translation Nation: Defining a New American Identity in the Spanish-Speaking United States. 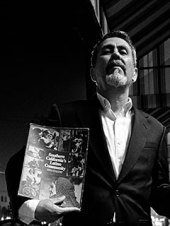 VICTOR M. and MARY LAU VALLE are co-authors of the book Recipe of Memory: Five Generations of Mexican Cuisine. Victor Valle is a professor emeritus in the Cal Poly San Luis Obispo Ethnic Studies department. He was a member of the reporting team that won a Pulitzer Prize in 1984 for the series “Southern California’s Latino Community” for the Los Angeles Times. At the newspaper, he wrote frequently about music and the culture of food. He is also the author or co-author of the books Latino Metropolis and City of Industry: Genealogies of Power in Southern California.

ELYSA VOSHELL is the associate director of gallery and public programs at Venice Arts, a nonprofit organization whose mission is to ignite, expand, and transform the lives of L.A.’s low-income youth through photography and film education. A curator, writer, and artist working primarily in photography, printmaking, book arts, and installation, she manages the Venice Arts exhibitions, which feature the work of professional, participant, and youth artists.